The four-member Advisory Board of the Institute acts as a "critical friend" and is filled by persons from different disciplines who can both assess the quality of the Institute and give advice in relation to issues of general importance.

"I am committed to the Institute because I believe that it operates with a broadened concept of pop music: one that is not reduced to merely music making and the mastery of technique and instruments." Prof. Diedrich Diederichsen, born in 1957, has been engaged with pop music, politics, cinema and visual arts since 1979. He teaches at various universities – since 2006 at the Academy of Fine Arts in Vienna. He regularly publishes in the magazines Texte zur Kunst (Texts on Art) and Theater heute (Theatre today), in the Tageszeitung newspaper and lives in Berlin and Vienna. He has published numerous books, most recently "Über Pop-Musik" (On pop music), which appeared in March 2014 at the Kiepenheuer & Witsch publishing house.
http://www.diedrich-diederichsen.de/ 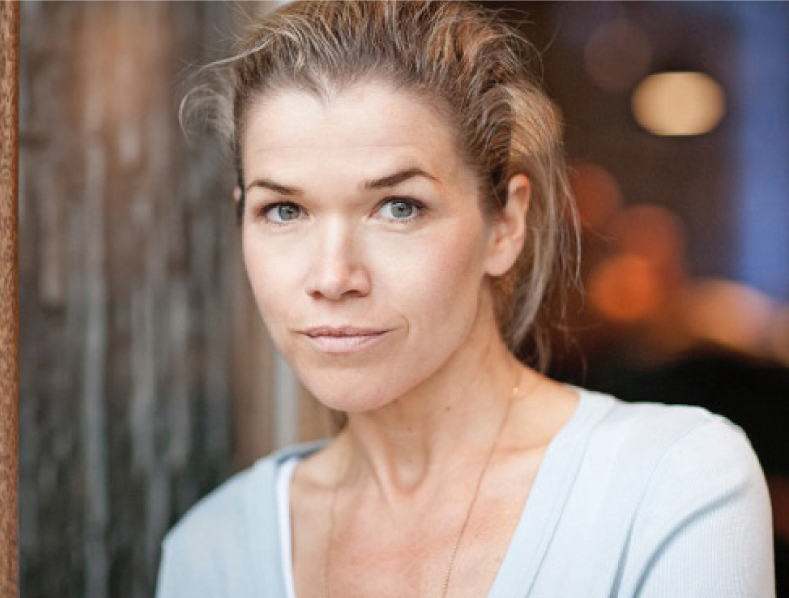 My everyday and vocational accompanier ´Pop Music´ is personal and unique. But I am not alone in this. Pop Music has an effect on everybody. It's exciting when either we together with the students (or the students by themselves) can figure out how popular music provides the spark." Anke Engelke was born in 1965 in Montreal/Canada and was brought up trilingually. She went to school near Cologne and is to this day unable to imagine living in another city. At the age of ten she sang in a children's choir, at the age of twelve she presented children's programmes on the radio – a feat she repeated at the age of twelve for television. She still enjoys working in radio, dubbing and television studios; her favourite dubbing roles are still "Marge" in the "Simpsons" and "Dory" in "Finding Nemo". Since 2011 Anke Engelke has been part of the moderator trio for the Eurovision Song Contest. Her first acting role was in the "Wochenshow" TV comedy sketch show. Her "Ladykracher" (Lady Firecracker) comedy series is regarded as the most successful German sketch format – for over ten years and after eight seasons. Anke Engelke has also played several roles in films, including in Detlef Buck's "Liebesluder" (Love Hussies) and Cornelia Funke's "Gespensterjäger" (Ghosthunters) as well as many others. Since 2013, she has hosted the WDR TV cultural programme "Anke hat Zeit" (Anke has time) and – for many years – both the opening ceremony and award presentation gala of the Berlin Film Festival in addition to the European Film Award. Anke has already received several awards, including the Grimme Awards, the German Comedy Award, the Bavarian Film Award, the Golden Rose of Lucerne, the Eins Live Krone (Germany's most prestigious radio award), the Alfred E. Neumann Plate and the Austrian Romy Award. Most recently, in 2011 Anke Engelke received two television awards for "Ladykracher" and her ESC co-moderation.
http://www.ankeengelke.de/ 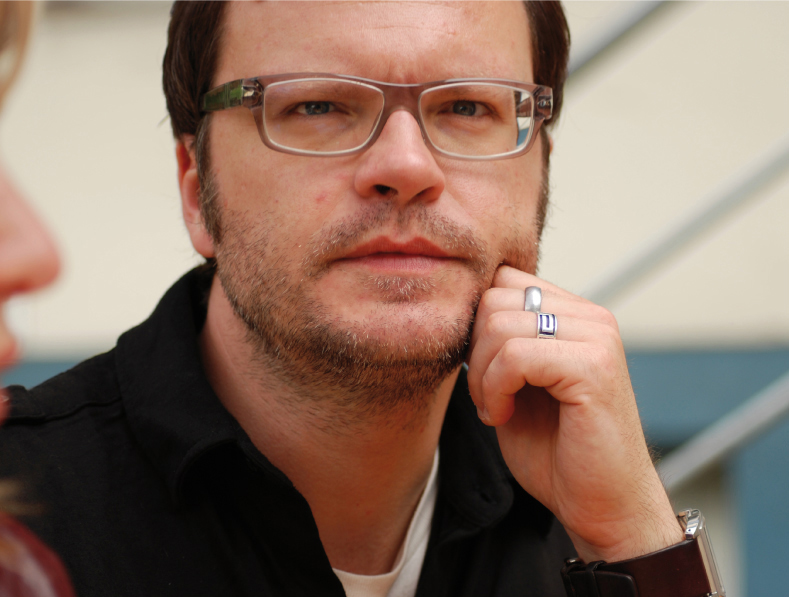 Professor for Theory, Aesthetics and History of Popular Music

"The Institute for Pop Music should become a hub of academic and artistic training and reflection of pop music in the broadest sense. Together with the interdisciplinary study course ´Popular music and media´ in the Music subject at Paderborn University and other locations, a central network in NRW and Germany (and subsequently also internationally) should be achieved, where meetings, discussions, exchanges and ultimately artistic creation and science, i.e. the observation of society, will take place at a high level." Christoph Jacke, Dr. phil., born in 1968, Professor for Theory, Aesthetics and History of Popular Music in the Music subject at Paderborn University, Head of the study programme "Popular Music and Media" (BA/MA) at Paderborn University, Germany, founder and spokesman of the "Popular Culture and Media working group" in the "Society for Media Science (GfM)" (2008-2017), Chair of the "International Association for The Study of Popular Music/ Germany/Austria/Switzerland Branch (IASPM/D-A-CH)" (since 2016), member of the Academic Advisory Board, including at the "Society for Popular Music Research (GfPM, 2011-2016)", member of the Advisory Board of the "International Association for The Study of Popular Music/Germany/Austria/Switzerland Branch (IASPM/D-A-CH, 2012-2016)", member of the Institute for Pop Music Advisory Board at the Folkwang University of the Arts, Essen.   Current book publications: "Einführung in Populäre Musik und Medien" (Introduction to popular music and media) (2nd edition, LIT 2013), "Texte zur Theorie des Pop" (Texts on the theory of pop) (Reclam 2013, edited with Charis Goer and Stefan Greif), "ShePop. Frauen. Macht. Musik!" (ShePop. Women. Power. Music) (Telos 2013, edited with Thomas Mania, Sonja Eismann, Monika Bloss and Susanne Binas-Preisendörfer), "Music Journalism" (IASPM@journal. No. 2/2014. Vol. 4., edited with Martin James and Ed Montano), "Perspectives on German Popular Music" (Routledge/Ashgate Popular and Folk Music Series 2017, edited with Michael Ahlers).  For other publications and information, ref to:
http://www.christophjacke.de/ 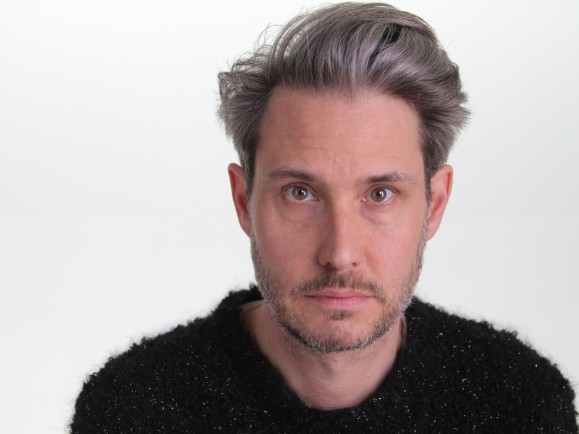 Dirk von Lowtzow (born on 21st March 1971 in Offenburg) is a singer and guitarist with the German rock band Tocotronic as well as a composer. Since 2001, he has also released music together with Thies Mynther under the name Phantom/Ghost. In addition, he has also lent his voice to tracks by Sharon Stoned, Justus Köhncke, Tilman Rossmy, Frittenbude, Dillon, DJ Koze and the Beatsteaks (for the Fatih Akin film version of 'Tschick'). In 2003, Dirk von Lowtzow published the audio book "H.P. Lovecraft: Pickman's Modell; Musik des Erich Zann" (Pickman's Model: The music of Erich Zamm) for Deutsche Grammophon. In 2010, he read Roman 'Faserland' (Fibre Land), a novel by Christian Kracht, for the audio book "Tryptichon". In 2007, his book "Dekade" (Decade) was published by the Buchholz Gallery. It contains a selection of Tocotronic lyrics and photos of the band as well as of artist friends. Dirk von Lowtzow is a member of the Advisory Board of the magazine Texte zur Kunst, where he worked as an author for ten years. He also supports the "Action weeks against antisemitism", organised by the Amadeu Antonio Foundation as well as the left-wing radical youth magazine "Straßen aus Zucker" (Streets of Sugar). In 2015, he composed and arranged the music to the opera "Von einem, der auszog, weil er sich die Miete nicht mehr leisten konnte" (From somebody who moved out because he could no longer afford the rent), which he wrote in collaboration with René Pollesch and was performed at the Berlin Volksbühne Theatre. Dirk von Lowtzow has already released 11 albums with his Hamburg rock band Tocotronic. The name of the band is derived from the Japanese games console Tricotronic, a predecessor of Game Boy. In its initial phase, Tocotronic was regarded as a central part of the Hamburg School style – alongside the bands Blumfeld and Die Sterne. In the late 1990s, Tocotronic achieved commercial success: since K.O.O.K. (1999), all of their albums have reached the Top 10 in the German album charts. The 2010 album Schall & Wahn (Sound & Delusion) was Tocotronic's first album to top the charts. Tocotronic's albums and songs are regularly to be found in reviewers' and readers' best lists of German music publications in intro, Musikexpress, Rolling Stone, Spex and Visions[3], where – based on the frequency of mentions – they occupy 4th place (as of February 2013). In May 2015, Tocotronic released their current album, which has become known as the "Red Album" – due to the colour of its cover.
http://www.tocotronic.de/projekte/3-dirk-von-lowtzow