Our teaching staff consists of composers, producers and performers with both national and international recognition and professional experience in pop. They work closely together and collaborate with the teaching staff of the other faculties of the Folkwang University of the Arts, thus allowing the most challenging multi- and cross-media projects to be realised. 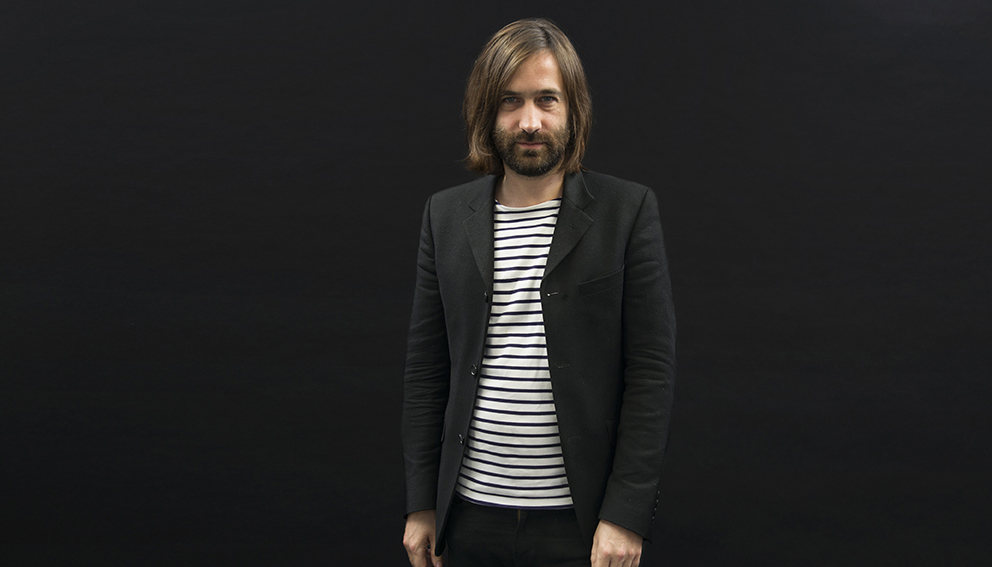 “I like to find out what the rules are and then break them. Finding great music, understanding how it’s made, and then forgeting everything and being inspired to express ones own personality – that’s the attitude towards music I am trying to instill in my students.” Gregor Schwellenbach is a key figure in the borderlands between classical music, avantgarde and electronic club music. He is a sought-after film composer and orchestral arranger, working with artists like Irmin Schmidt (Can), Kölsch, Megaloh, Maxim, The London Symphony Orchestra, WDR
Funkhausorchester.
schwellenbach@folkwang-uni.de 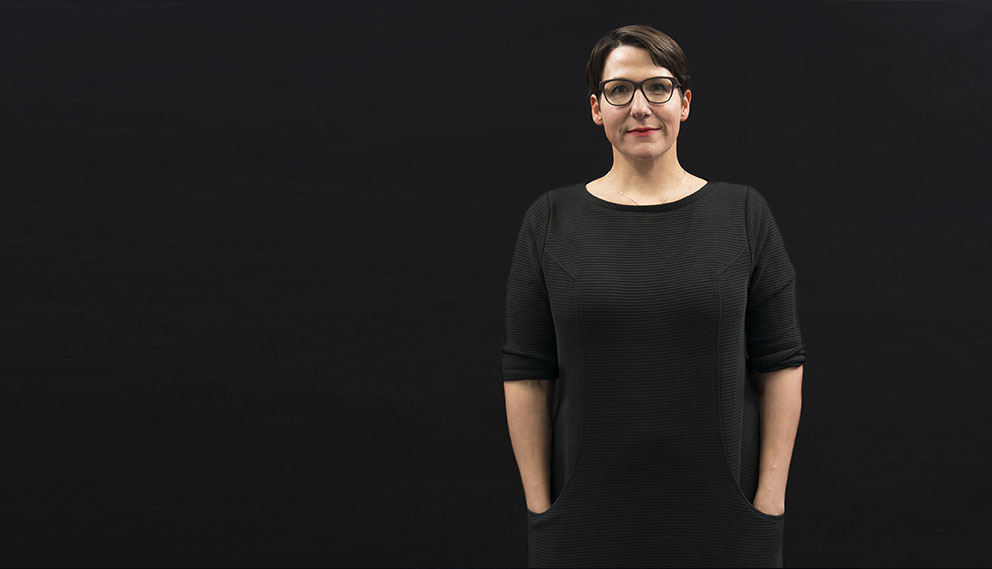 Tanja Godlewsky is a designer and in her work specialises in the possibilities of gender design and the interfaces between design and music. In 2000, she founded her own design agency FRAM and since 2006 has been teaching at the Cologne International School of Design (KISD). At our Institute for Pop Music, Tanja Godlewsky analyses and generates visual components that turn music into pop.
godlewsky@folkwang-uni.de 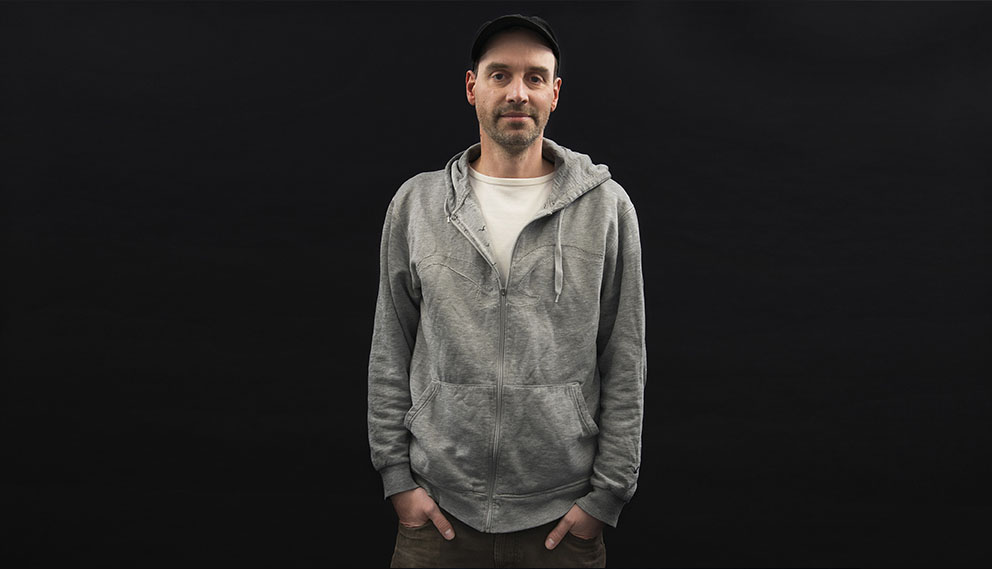 There are no rules, everything is possible. But how to deal with so much freedom?

I like to work on basic things, because I’ve learned, that when you practise stability, you can play with chaos.“

Henrik von Holtum, the MC for Kinderzimmer Productions, was one of the pioneers, when it came to the task of teaching german HipHop how to flow. He is a classically trained double bassist. He wrote for „Die Zeit“, “Spex” and “Juice” among others. He is producing radio programs for Südwestrundfunk, Deutschlandfunk and Radio Berlin Brandenburg, just to name a few. As a rapper, singer, and bassist he ranges from the acoustic duo Textor & Renz to the Radiosymphonie Orchester Wien, from the small punk rock joint to the big festival stage. www.henrikvonholtum.com
vonHoltum@folkwang-uni.de 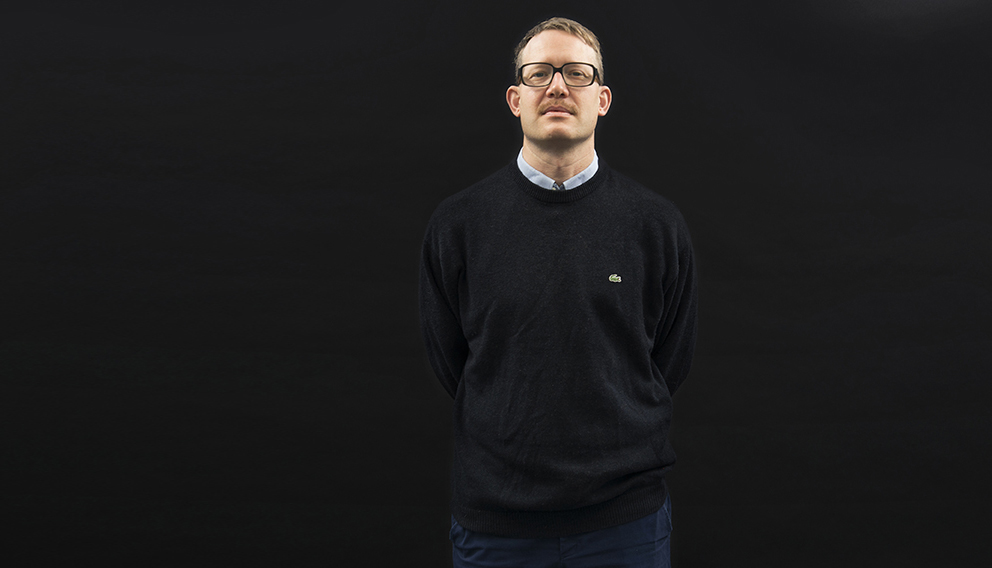 Thomas Venker teaches Music Journalism and Artist Marketing at the Folkwang Folkwang Universität der Künste in Essen / Bochum, the Universität Paderborn and the Heinrich Heine Universität Düsseldorf. And manages dj and producer Lena Willikens and the Phantom Kino Ballett. Thomas studied Sociology and Political Science at the University of Stuttgart. In 1993 he started the multimedia magazine Harakiri as well as freelancing for daily newspapers and magazines and publishing books. From 2000 till 2014 he acted as Editor-in-Chief of Intro Magazine and from 2011 till 2014 as Head of Media & Content at the HUG. From 1996 till 2010 he was running the electronic labels onitor, Scheinselbständig and Cereal/Killers with partners. Currently he runs with Jan Lankisch of Weekend-Festival the Art imprint Edition Fieber and acts as Head of Realisation for the Charts – Notes to Consider magazine as well as Co-Publisher and Co-Editor-in-Chief of his own imprint Kaput – Magazin für Insolvenz & Pop
www.kaput-mag.com/en.
Edition Fieber: http://www.edition-fieber.de
venker@folkwang-uni.de 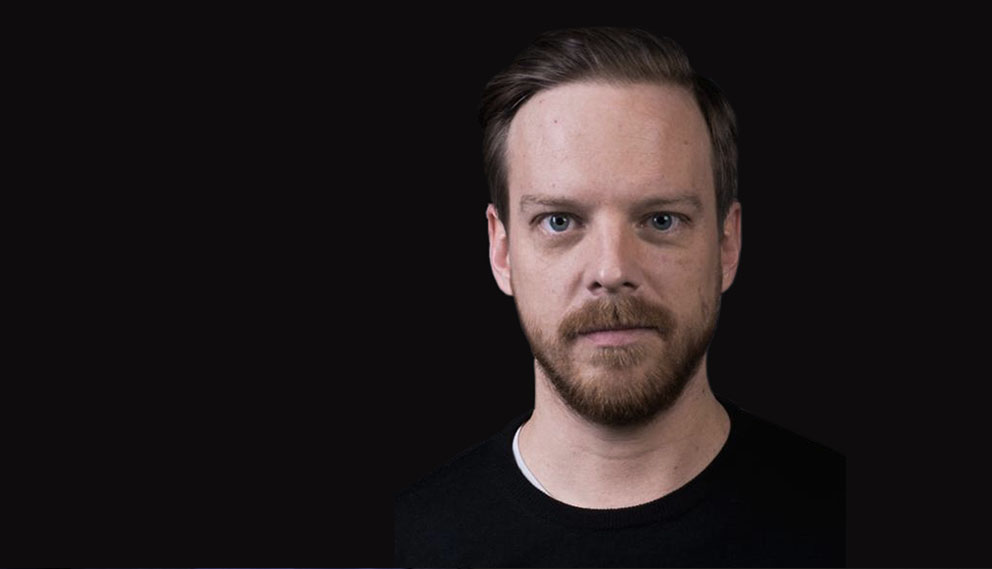 Jan Philipp Janzen is a member of the band and producer collective VON SPAR, the Cologne-based All Star-Clique Cologne Tape as well as the project ‘Stephen Malkmus & Friends play Can’s Ege Bamyasi’. Philipp Janzen has made his drumming skills available to bands of the calibre of The Field, Owen Pallett and Scout Niblett and produced recordings of artists such as R.Stevie Moore, The Fields, Stabile Elite and Pttrns in VON SPAR’s own Dumbo Studios. He has also composed film soundtracks (e.g. Speed – Auf der Suche nach der verlorenen Zeit), while also working for the Tomlab record label as well as the c/o pop music festival. At the Institute in Bochum, his teaching concentrates on the relationships between historical, conceptional, economic and administrative forces in the field of pop music as a fundamental component of the musical work. His motto (loosely after Bob Dylan): “It may be the level or it may be a chord, but you’re gonna have to serve somebody.”
janzen@folkwang-uni.de 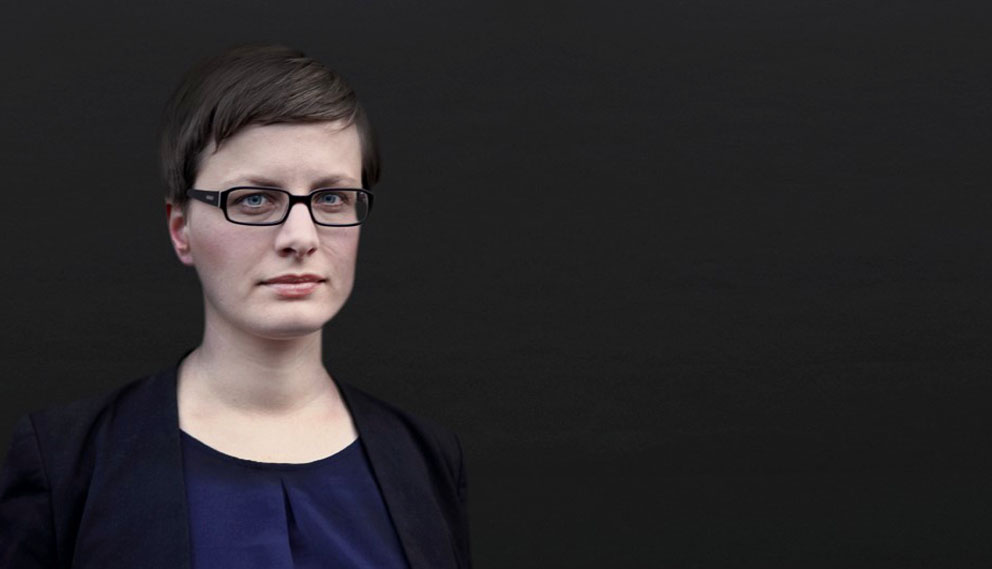 Lecturer in the module „Reflection and Context“

“In my courses, I present current and historical reference areas of pop music. Students can explore their own artistic position and at the same time have an extended view of their work.“

Stefanie Roenneke is a literary and cultural scholar. As an author for magazines, newspapers, and specialist publications she focuses on literature, pop culture as well as contemporary aesthetics. She last published “Camp als Konzept. Ästhetik, Popkultur, Queerness“. She has been teaching at universities for over a decade. 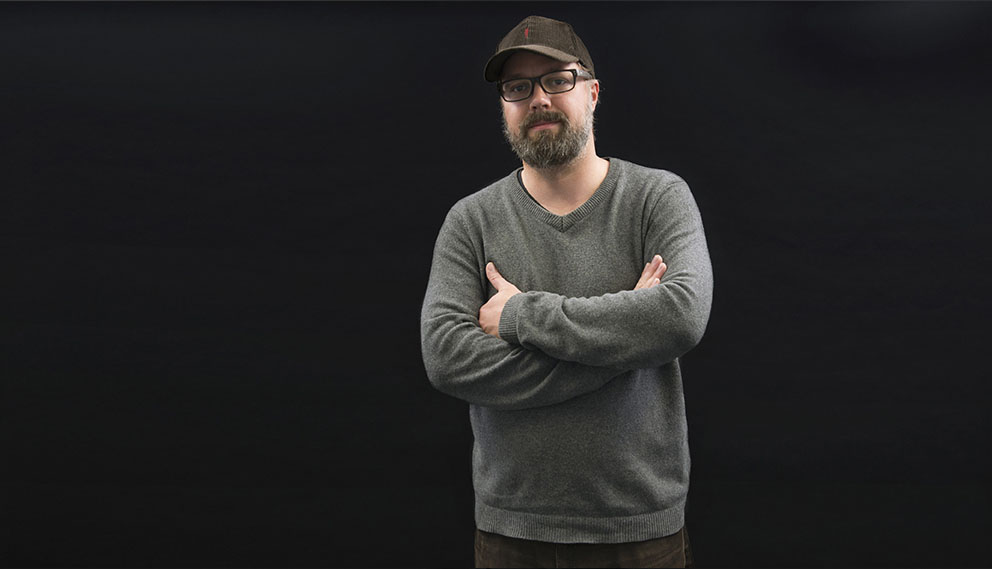 Numinos teaches the seminar “Music production, sound & effects“. As a producer, live artist, DJ, mastering engineer and technical editor at the Groove magazine, he specialises in music production and performance techniques – on the computer and analogue hardware alike. His motto: “Nobody leaves the seminar room until the deep bass has been packed away!”
numinos@folkwang-uni.de

Anne is a lawyer specialising in copyright and media law. She advises clients from the entire spectrum of the creative sector. Her focus of activity is on film and television law as well as music law. At the Institute for Pop Music, she is responsible for the hard facts of copyright and media law. As a lecturer, she also teaches at the Cologne University of Applied Sciences, the SAE Institute, Cologne and the Cologne Filmhaus. She also works on a voluntary basis as a board member in the Kölner Freiwilligen Agentur e.V. (Cologne voluntary placement agency). Her motto: “There’s always something you can do!”
ohlen@folkwang-uni.de 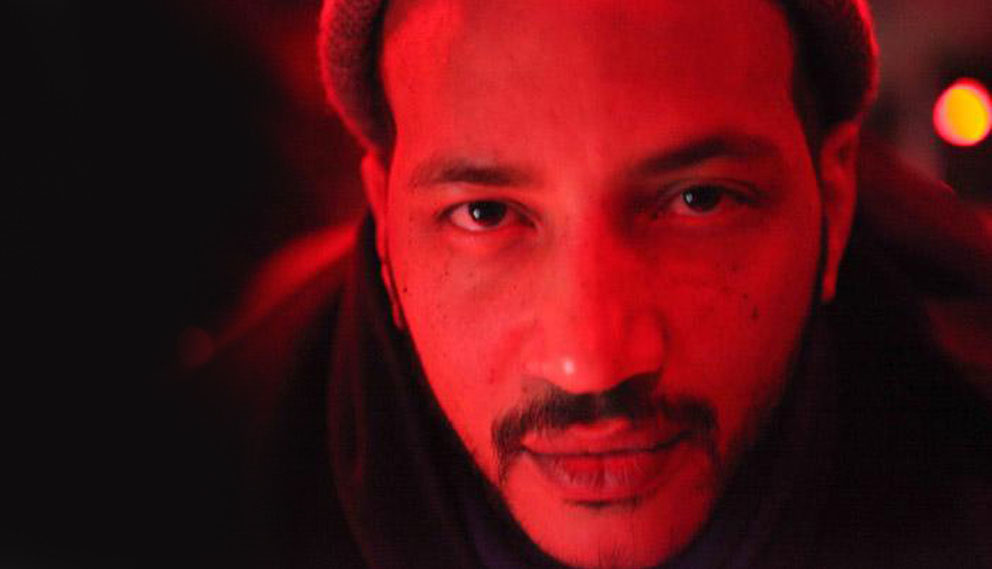 Richard Ojijo is a sound engineer specialising in the contemporary side of the music industry – both in relation to live performances and studio productions. He mainly works as a front-of-house engineer and, as such, tours internationally while working in a wide range of situations, systems and teams. Although much of the music he makes is acoustic, he is also intimately familiar with digital production for the stage and the preparation of these performances. The artists he has recently worked together with include 0neohtrix Point Never, Von Spar, Modeselektor, Roosevelt, Fetsum, Max Herre, Burnt Friedman & Jackie Liebezeit as well as Cody ChesnuTT, Selah Sue and Patrice – to name just a few. Since 2010, Richard Ojijo has been a guest lecturer at the Academy of Music and Dance in Cologne. Since 1998, he has often collaborated as a sound designer and music producer with the video artist Marcel Odenbach. At the Institute for Pop Music, Richard Ojijo teaches “Sound & Effects”.
richard.ojijo@folkwang-uni.de